NASPA is excited to announce its 2021 President, Garth Reynolds. Garth was sworn in to the President position on March 11, 2021 at the NASPA 2021 Virtual Spring Meeting.

Garth received his Bachelor of Science in Pharmacy from the St. Louis College of Pharmacy (now University of Health Sciences and Pharmacy in St. Louis) and a Master in Business Administration from Southern Illinois University Edwardsville.  Garth is licensed in Illinois and Missouri. He has worked in a variety of community practice settings include independent, regional, and national chains.  He was the Pharmacy Supervisor and Immunization Coordinator of the Adolescent and Adult Immunization 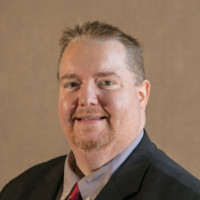 In addition, Garth is faculty for the APhA Certificate Training Programs in Pharmacy Based Immunization Delivery, Delivering Medication Therapy Management Services and the Advanced Training Programs for Pharmacy-Based Travel Health Services and Pharmacy Based Immunization Administration by Pharmacy Technicians.  Garth received the 2015 APhA Immunization Champion Award for Partnership. Garth is a past president of the IPhA; and since January 2013, Garth has been the Executive Director of the Illinois Pharmacists Association.